Ordering from outside the USA or Canada? Please visit JGBeadedJewelry.Etsy.com and order there! Thank you.

A birthstone is the gemstone associated with the date of one’s birth and wearing it is thought to bring good luck or health. There are numerous birthstone charts and many different factors that people use to determine their actual birthstone such as religion, zodiac sign, mystical, ancient, modern and traditional based upon their own beliefs. You will find the most commonly used birthstones listed here. 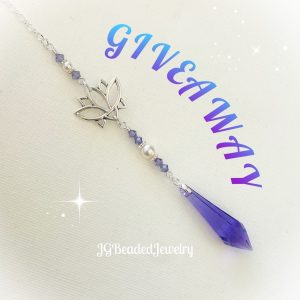 Sign up with us and we'll enter you into the giveaway, you'll also receive an occasional newsletter to tell you about sales, exclusive specials and other cool things!  Learn more about the Giveaway.